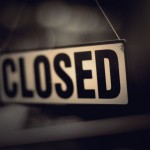 I read the Facebook post from local food cart/restaurateur, “Hot Dog Mike” about the closing of his storefront.  His comment that it was “another failed business” got me thinking about businesses in my neighborhood, as well my own endeavours, and I came to this conclusion:

A “failed business” is just another learning experience.

What exactly is the definition of “failed business” anyway?  A business that falls “short of success or achievement in something expected, attempted, desired…” Or, a business that didn’t work out the way that we wanted.

I can relate to that.  Not everything I’ve tried to build has worked out the way I wanted.  For example, I really wanted to make big money as a music photographer.  I really wanted to be “the” promo guy to the bands.  My music photography business simply didn’t make sense as I worked harder and harder for less and less money as cellphones and cheaper cameras made it seem like hundreds of photographers were at a show.  After almost four years, it didn’t make sense to keep chasing those particular clients.

For a myriad of reasons, businesses sometimes just don’t work.  And, because a business shutters its doors, doesn’t mean it’s a failure.  Maybe it just doesn’t work right now (or If I look at the business ventures that have come and gone over the last few years in my area alone, we’ve had a couple of restaurants and a pub that have closed.  Even the Argenta Market is closing as it’s “current iteration” isn’t working for the neighborhood (and it was open for a few years!)

A finished business endeavor can be a great opportunity to research, retool and relaunch. There’s never a shortage of opportunities to get into something new, and learn from it.  Certainly, it pays to do your homework: As a creative type who is over halfway through the MBA program at Harding University, I am finding that some of the opportunities from my past, and ones in front of me now, do not make good sense when looked at through a “business lens” rather than focusing only on the creative.

Everybody wants success, but that success isn’t guaranteed.  It’s “a common occurrence in our uncertain environment.”   History tells stories of some very famous, successful entrepreneurs that failed at first: Henry Ford’s first auto business went bankrupt, Walt Disney was fired because he wasn’t creative, and Colonel Sanders’ chicken recipe was rejected by hundreds of restaurants.  Maybe you or I won’t be the next KFC or Disney, but we can certainly tap into that current of entrepreneurial spirit and press on.   “Hot Dog Mike” also said he would take some time off and reflect.  (He’s a pretty good photographer as well.) I hope he will let us all know what his next endeavor will be.

Tim’s business is TVAH Creative, specializing in Media, Marketing and SEO. He is currently in the MBA program at Harding University.